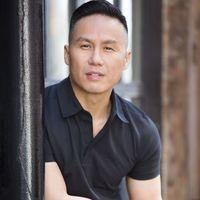 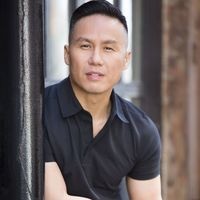 Want to be reminded about this event? Complete the form below to have an email notification sent to you 24 hours prior to the event.

Don't forget about this event. Add it to your calendar.

Let your friends know about this event! Share it on social media.

Registration not required, but encouraged. Click here to register through Eventbrite.

BD Wong will be in conversation about his career.

Award-winning actor BD Wong is one of America’s most versatile performers. BD has been on screens big and small for the last 20 years, appearing in such hits as Law & Order: SVU, Oz, Gotham, Jurassic Park, and Jurassic World.  He received an Emmy nomination for his role as whiterose and Minister Zhang in USA's Mr. Robot.

Winner of the GLAAD Davidson/Valenti award, BD is an advocate for The Trevor Project's “It Gets Better” campaign and was honored for his support of the LGBT community at the annual Marriage Equality Gala. BD is on the Board of Directors of Rosie’s Kids, an organization that provides free performing arts classes to public school students.

BD has headlined productions of the ambitious one-man musical Herringbone – in which he plays nearly a dozen characters — at the Williamstown Theatre Festival, McCarter Theatre, and La Jolla Playhouse. He co-authored and directed the musical adaptation of Mr. Holland’s Opus at the Ogunquit Playhouse in 2016. Wong produced and directed The Yellow Wood  for NYMF and Cindy Cheung’s Speak Up For Connie for the All For One festival. He is currently developing the new musical, Heading East.

ASL interpretation will be available for attendees.

This lecture is made possible by the Hackerman Foundation.

The presentation will also be broadcast on the Enoch Pratt Free Library Facebook page. It can be watched after the broadcast on Facebook Live. Click here for the Live video library.